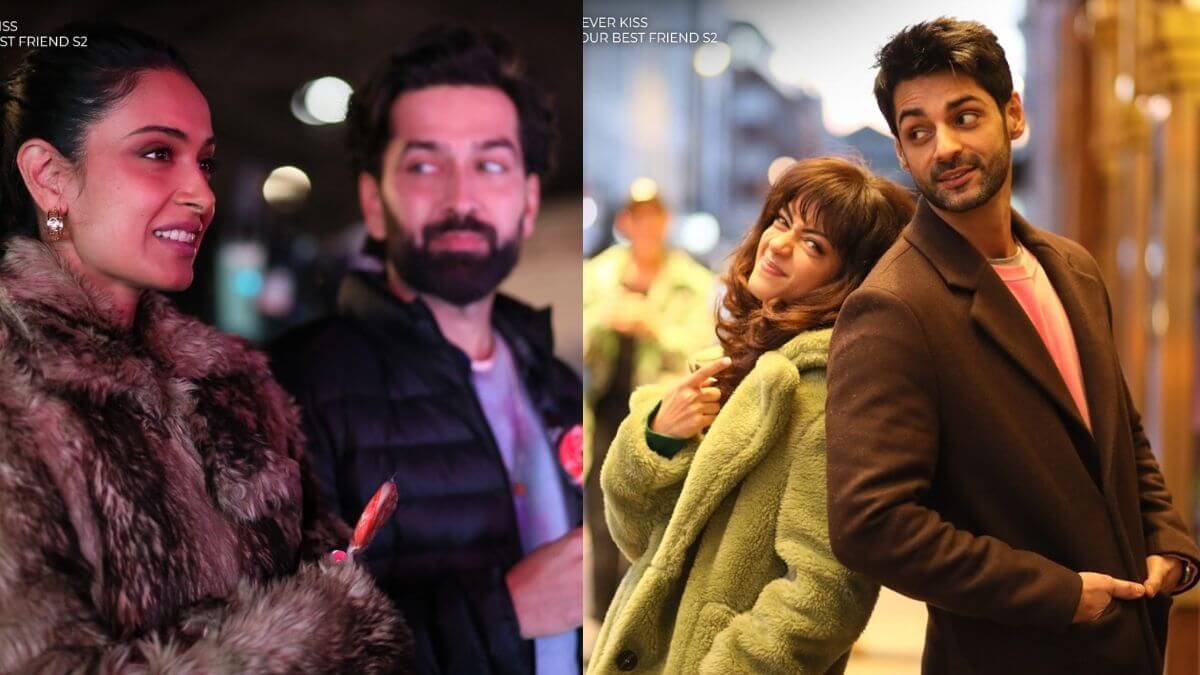 Nakuul Mehta and Anya Singh’s Never Kiss Your Best Friend premiered on ZEE5 Global, the largest streaming platform for South Asian Content, in January 2020 and was an instant hit. The series, based on Sumrit Shahi’s book by the same name, revolves around two best friends, Sumer played by Nakuul and Tanie played by Anya, who are struggling with complicated feelings for each other. After the success of Season 1, ZEE5 Global is back with Season 2 of this fan favourite franchise. Joining lead actors Nakuul Mehta and Anya Singh are popular actors Karan Wahi and Sarah-Jane Dias.

Wahi will be seen playing the role of Karan Saxena, a popular actor and Dias will be seen playing the role of Lavanya, the heir to the Meraki legacy which is a big shot film production house in London. As these two new characters become involved in Sumer and Tanie’s life, their entries lead to complications, drama, new emotions and new connections. This season of Never Kiss Your Best Friend aims to answer the quintessential question that everyone wants to know: Can you become best friends with your ex? Stay tuned to find out.

Talking about joining the popular franchise, Karan Wahi said, “Never Kiss Your Best Friend is a young, progressive and relatable series which is in tune with today’s day and age. The writers have attempted to share their perspective on friendship, love and rekindling romance, which is intriguing and stimulating. I am ecstatic to be a part of such a dynamic cast and crew who have welcomed me with open arms and heart”.

Sarah-Jane Dias said, “I am so excited to be a part of Never Kiss Your Best Friend S2. The shoot felt like one big holiday as the cast and crew got along like a bunch of besties. It’s always refreshing to be a part of a young and vibrant series and I can guarantee that even for the viewers, this show is going to feel like a breath of fresh air”.

WidWeek Review is your destination for intelligent thought-provoking news and features, keeping you updated with the events around India and the world.