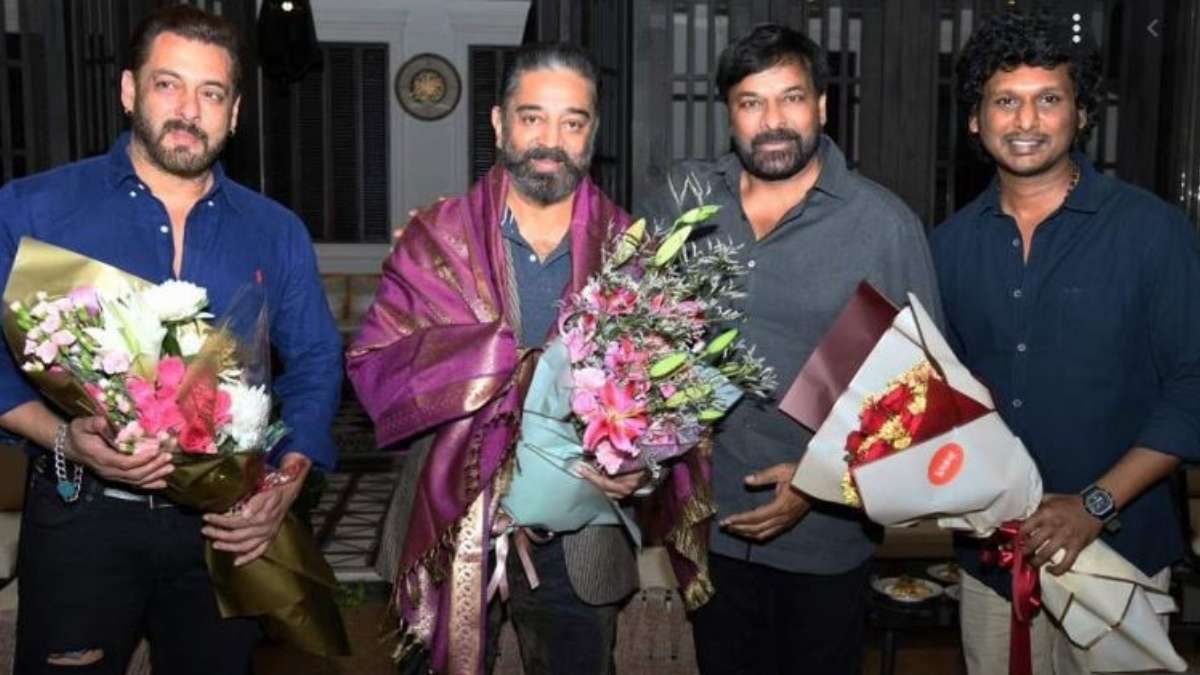 Vikram is a Tamil action-thriller movie directed by Lokesh Kanagaraj and produced by Kamal Hassan and R.Mahendran.

Chiranjeevi shared the pictures of the success bash on his Twitter handle.

In the caption he congratulated  Kamal Hassan and Lokesh Kanagaraj for the “spectacular success” of their movie.

“Absolute joy, celebrating and honouring my dearest old friend @ikamalhaasan for the spectacular success of #Vikram along with my dearest Sallu Bhai @BeingSalmanKhan @Dir_Lokesh & team at my house last night. What an intense and thrilling film it is!!Kudos my friend!! More power to you!,” Chiranjeevi wrote.

These are a few of their favourite films